Cleaning the lungs of the Earth

French MEP Catherine Chabaud delivered a keynote speech about Ocean Plastic Pollution at the Malta Sustainability Forum and formed part of a panel discussing this issue, which is close to her heart.

Catherine Chabaud, a French journalist and sailor turned Member of the European Parliament, is a member of the European Parliament Intergroup on Seas, Rivers, Islands and Coastal Areas, and one of the main voices advocating for clean oceans today. Chabaud was the first woman to successfully circumnavigate the world solo without stopping, an experience that encouraged her to take an active interest in the protection of the sea after seeing first-hand the incredible amount of plastic polluting it.

“I truly enjoyed my first solo races and that gradually convinced me to set off on this great adventure and to experience being alone at sea for a long time,” says Chabaud. “It was an experience that had a great impact on the rest of my career and taught me a lot of lessons that are still very useful in what I do today.” Her involvement in politics was prompted by the several emergencies facing the climate, the ocean and Europe. “Europe is the right level at which we can deal with the many issues related to the ocean,” she says. “This is based on four strategies: cooperation for research, the subject of preservation, the subject of accelerating the sustainability of the blue economy, and the question of governance.”

Chabaud explains that 80% of the plastics found in the sea come from the land and reach the sea via the waterways. Coastal pollution is responsible for some of these plastics, and the rest comes from human activities at sea, like fishing and shipping. Asked whether enough is being done to control and reverse the damage already done, her reply is unequivocal. “No, we are not doing enough. The solutions are systemic, and we have to start by producing less and by accelerating the circular economy so that waste no longer becomes ‘litter’,” she says. “It is necessary that waste be directed into a cycle of recycling and recovery.”

Apart from collecting the plastic that ends up in bodies of water, Chabaud also believes that it is necessary to develop eco-design and to reduce the number of molecules in plastic in order to facilitate its recycling. “It is also important to step up research into alternative bio-sourced materials, such as reinforced fibres or polymers,” she says. “As for the population at large, everyone can contribute by being mindful about their purchases and their actions.” 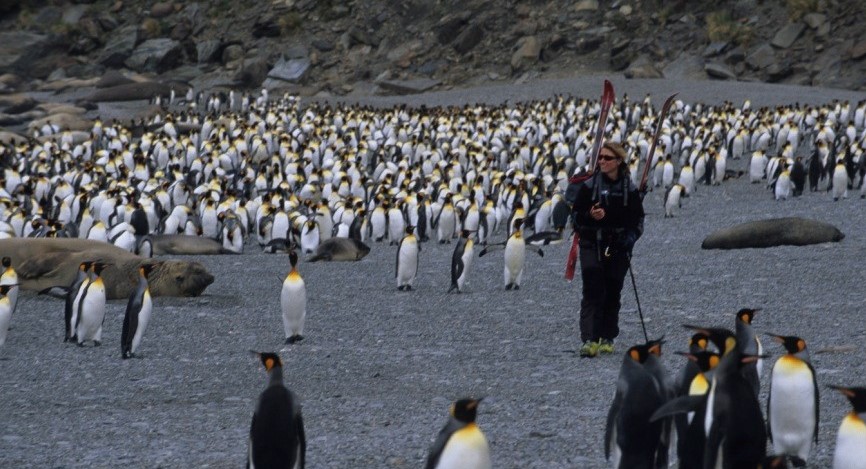 In an age where plastic is ubiquitous and, seemingly, indispensable, it is easy to forget that it does not decompose in water. Over time, it breaks into microplastics, much of which come from abandoned fishing nets. “We can also do everything we can to reduce diffuse pollution, which is generally not very visible and also has a significant impact on the health of the ocean,” says Chabaud. “It is very important to keep the ocean healthy since it provides half of the oxygen we breathe and absorbs a quarter of our CO2 emissions, apart from feeding us and being a reservoir of energy and biodiversity.”

Although the current pandemic has brought economies around the world to their knees and caused widespread distress, it has also had some positive outcomes. “Instead of slowing down Europe’s efforts to be climate-neutral by 2050, the pandemic has rather raised awareness of the fragility of our planet; it has demonstrated the link between the loss of biodiversity and zoonoses,” says Chabaud. “Scientists already knew this, but today it is all of us who are experiencing it. The current context could therefore make it possible to increase the objectives of climate neutrality, and to do so, Europe has given itself a recovery plan.”

Chabaud hopes that this year’s edition of the Malta Sustainability Forum will raise awareness among the Maltese about the need to act without delay. “It is essential to make citizens aware that the Mediterranean is one of the most polluted seas in the world,” she says. “I personally hope to share my conviction that the ocean must be recognised as a Common Good of Humanity, which involves mobilising individual and collective responsibility. Indeed, each of us bears a responsibility for its pollution, even when we do not live by the sea.”

Watch the module ‘Ocean Plastic Pollution’ here.
Back
Next