Join the fight for climate action

For many years now, we have seen studies informing us that climate change is happening and we need to take urgent action to prevent the worst effects it can have on people and wildlife all over the world. Sara Marston, Executive Supporting Member for Extinction Rebellion Malta, which forms part of a global movement, is going to tell us more about the fight for climate action and how you too can play a part in driving change.

Can you please tell us more about the work you do with Extinction Rebellion and their mission?

Extinction Rebellion is an international non-partisan movement that is using non-violent direct action to push governments to act accordingly on the global climate and ecological crises. It is an autonomous and decentralised rebellion that actively advocates for the breakdown of power hierarchies, pushes the need for a regenerative culture, embraces reflection and learning, and shares a collective desire for a world which is fit for generations to come. Here in Malta, we’re a small group and our actions are not as grand as groups in foreign countries. Some of our priorities rest upon achieving carbon neutrality, curtailing unsustainable development, endorsing urban greening, promoting green transport initiatives, and encouraging investment in renewable energy. We have had productive discussions with politicians on topics ranging from climate-resilient infrastructure to alternative modes of transport. We have also organised our own actions and collaborated with other eNGOs for theirs. For example, we held a campaign in August 2020 whereby we took to the steps of Castille (four days out of the week) banners and flags to remind those in parliament that though the pandemic is a current, pressing issue, the climate crisis must not be pushed to the side. We hold conversations with rebellion groups in other countries to understand what kind of, and how we may hold, actions in our own, and rather recently, some of our activists have contributed to the creation of a Facebook group tackling ‘degrowth’ – a social and political movement that places social and ecological well-being at the centre of public and economic policy – and how we may achieve such at national level.

Do you think there is enough awareness locally on how climate change and global warming will have an impact on us?

So and so. I believe that in the last few years, general environmental awareness has increased, most likely triggered by the incessant environmental injustices that Malta tends to experience daily. On an individual level, especially among the younger generation, the majority have slowly but surely come to realise the significance of our natural environment and on a wider scale, the consequences that Malta could potentially face should climate inaction persist. Nonetheless, I feel that we still have a long way to go. Despite few ‘climate-resilient’ projects being inaugurated by the Government, it’s all mostly still talk, as actions cancel each other out. Parliament declared a national climate emergency almost two years ago – a milestone indeed – but little change has occurred since then. This is a testament to the reality that our politicians do not fully understand the gravity of the issue. Each passing day, we hear more talk of the economy rather than the environment. Though the economy is vital, the current model is dependent on the exploitation of our natural environment.

We’ve fallen behind on certain targets before, but we cannot afford to not meet targets from now on – 2050 is too far down the line, our Government must aim for change by 2030. 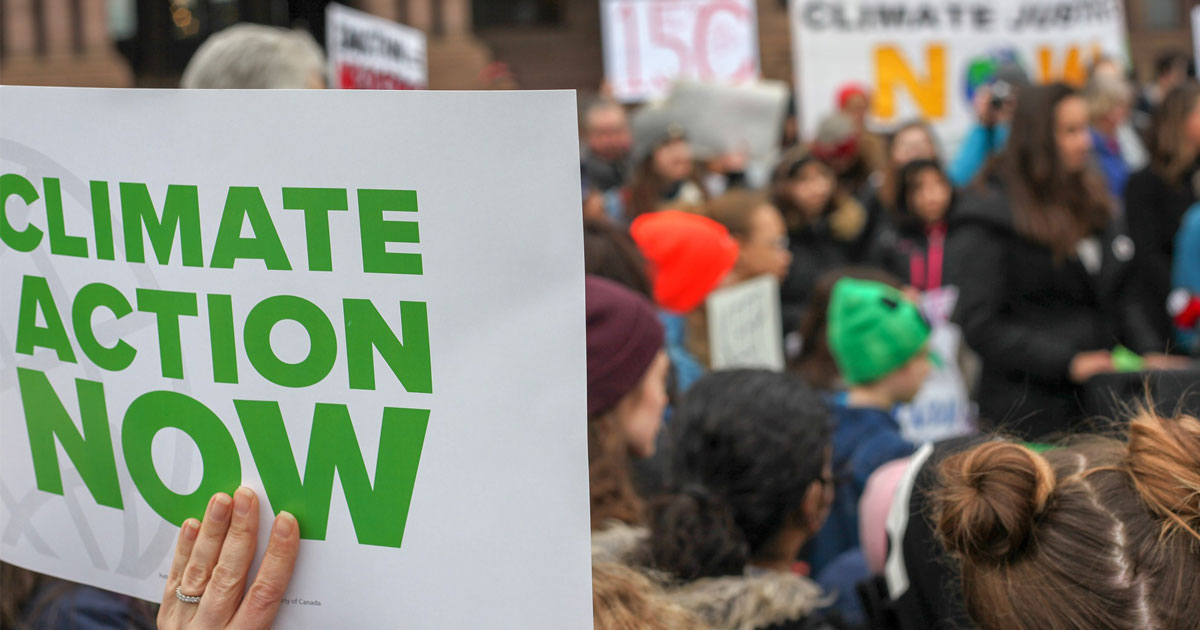 Do you think that the pandemic has helped to increase awareness on the state of our planet or has it caused a shift in focus?

Both. When the pandemic first reared its head, a significant reduction in certain industrial activities proved beneficial and more and more individuals were thus realising the negative impact that current societal trends have on our natural environment. On an individual level, for the most part, I feel that environmental consciousness has increased due to greater contact with nature during the pandemic, and more time to willingly access resources and educate oneself. Nonetheless, a “build back better post-pandemic” promise made by those leading some of the world’s biggest economies, with primary focus on growing the economy and less so on long-term climate-focused projects, proved disheartening. Governments have shifted the climate crisis to the side, forgetting that the two issues are inextricably linked. Similarly, for big polluting corporations, it has been business as usual.

Without adequate systemic change during the pandemic’s recovery process, everything will return to how it has always been.

What do you think are the main areas that need to be tackled to help prevent global warming?

Essentially, we cannot prevent global warming, but we can certainly slow it down. It is a natural process that has, since the Industrial Revolution, been greatly accelerated by anthropogenic factors – a detrimental symptom of the capitalistic, patriarchal, and colonial society we operate under. Therefore, it is a must to; dismantle the fossil fuel industry (coal, gas and oil) – yes, this is entirely possible, invest accordingly in renewable energy and boycott profit-minded corporations that greenwash, push to incentivise and educate farmers – especially the young and aspiring – on regenerative agriculture so that we may move away from emission-intensive animal-based agriculture, halt deforestation operations, keep waste within the economy by looking towards implementing circular practices post-pandemic and slowly moving away from hyper-consumerism, push banks on a global scale to suspend investment in climate change – be it whether funding fossil fuels (60 of the biggest global banks have invested trillions into the fossil fuel sector during the last five years) or encouraging deforestation, foster climate-resilient communities, outlaw ecocide on an international scale, and prioritise BIPOC (Black, Indigenous and People of Colour) voices and empower women, more so in marginalised communities.

Do you believe that people, especially the youth, have the power to drive change?

To drive change, one must be aware of what needs to change, and how. I feel that due to greater, progressive social and environmental awareness, youth are today’s and tomorrow’s agents of change. Aware and tired of political propaganda, youth climate activists around the world have mobilised in great numbers and took to the streets more than once, demanding just, tangible change. Social media has also provided a platform for youth to share resources, educate, discuss, and debate, harnessing a virtual community where productive discussions can be held. In a global environmental movement that has been predominantly white-led, voices of Black, Indigenous and Persons of Colour must be amplified as it is necessary that BIPOC voices become more prominent in environmental policymaking, etc.

We must also stop shaming youth activists for speaking out when they are young as this only discourages and disheartens, breeding further inaction. I have, on certain occasions, been criticised for speaking out about certain environmental issues that are seemingly beyond my ‘expertise’ – simply because I am a young person. It is our future and that of our children we are fighting for. We have a right to speak out if we desire to do so.

Can actions taken on an individual level help to save the planet?

It is imperative to understand that essentially, it is big corporations and governments, which operate under their own agenda, that we must hold accountable for the climate and ecological crises. Unfortunately, isolated individual actions, i.e. not driving your car or switching to a plant-based diet, can only go so far because of the system we exist within. Nonetheless, individuals should not be discouraged to do so as change occurs only when several individuals are inspired, mobilised, and foster similar commitments. The choices that we collectively make daily in turn influence how businesses and governments operate long-term. They are dependent on us, both as consumers and citizens. Collective individual action can lay the fundamentals for instrumental action to take place.

What actions do you encourage our audience to take to help fight climate change?

– Start a productive discussion with the people around you so that others may be inspired to do the same. Educating others about the climate crisis is crucial.
– Exercise your right, both as a citizen and as a consumer.
– Do your research. Read up on Malta’s policy landscape, look into supply chains of production brands that you support, understand the role your bank plays in funding climate change, etc. By knowing what needs to change, and how, we can confidently demand it.
– Reach out to decision-makers and ask for a meeting so that you may discuss potential ideas/solutions that you may have. In Malta, being so small, we have this to our advantage as reaching out, and receiving a response, is not so difficult.
– Use social media for good. There are several informative accounts on Instagram, for example, run by BIPOC environmental activists around the world. It is important to share these accounts with individuals in your network who may not be aware of the gravity or extent of the climate crisis.
– Stay active and vote for individuals who strive to work towards constructing sustainable communities, placing social and ecological well-being at the centre.

If you would like to hear more about what Sara Marston has to say, check out the recording of the MSF module dedicated to Ocean Plastic Pollution, where Sara formed part of a panel discussion.