The marine environment has become a very real problem, the ocean is continuously being polluted with plastic, endangering the existence of marine species. Have you ever wondered what happens to the plastic floating in the ocean? How does it affect the animals living in the sea…and those living on land? To help us understand the severity of this problem, we have invited Martina Cutajar, a marine biologist and Site Manager with Nature Trust FEE Malta to elaborate on this topic.

Plastic makes up 95% of floating waste present in the Mediterranean Sea and beaches. Plastic injuries pertain to both large pieces of plastic and also smaller fragments. Large plastic material can be ingested by protected and endangered species blocking airways and passageways. This makes it difficult of the animals to breathe and eat. Animals may also be caught in large plastic material, becoming severely entangled. As these organisms swim, the entanglement worsens, often times resulting in the animal needing amputation of one (or more) of its appendages due to the severity of the injury sustained.

Microplastics have however reached an all-time record of concentration in the Mediterranean with 1.25 million fragments per km2. These small pieces of plastic are easily ingested by several large and small marine species. These pieces of plastic are not digested and simply fill up the stomach of the marine animal, often leading to death by starvation. In a recent marine turtle rescue, a juvenile loggerhead turtle expelled 28g of these plastic fragments. These plastic fragments are bioaccumulated in food chains and their impacts biomagnified as they go up the trophic levels of a food chain.

Are there any local marine species in danger of becoming extinct due to the state of the Mediterranean Sea?

Marine Turtles, including the loggerhead turtle which is known to nest on Maltese beaches, is considered vulnerable to extinction as per the IUCN’s red data list last assessment in 2015. The population of this species has seen a rapid decline. The loggerhead turtle reaches reproductive maturity between 20 and 33 years of age. Therefore, if organisms of this species are severely injured prior to it reaching reproductive maturity, several potential off-springs are lost. The common bottle-nosed dolphin is also vulnerable to extinction according to the IUCN’s red data list with one of the major threats for its vulnerable population being plastic pollution. Others include several fish species and also sea bird species.

What is Nature Trust Malta’s role in protecting marine life?

Nature Trust FEE Malta coordinates and undertakes rescue and rehabilitation of Maltese wildlife including the marine turtles, namely loggerhead turtle (Caretta caretta).  We also deal with marine mammals such as the common bottle-nosed dolphin and the striped dolphin (Stenella coeruleoalba).  Nature Trust has a Wildlife Rescue Team of trained volunteers, under the necessary Environment and Resource Authority permits.  The Wildlife Rescue Team responds to calls of injured or distraught animals, report to the site, rescue the animal in distress and proceed to take it to a veterinary and to the Wildlife rehabilitation centre subsequently.  A rehabilitation team then takes over to care for the animal for the duration of their stay at the rehab centre providing all the medication required while monitoring the animal’s recovery.  During the animals’ stay at the Rescue Centre, constant visits by the veterinary are held. Once the animal is certified as fully recovered and adequate for release, the animal is released back into the wild, sometimes with a tracker on its carapace allowing us to track the animal’s swimming routes.

We also strive to create awareness on the injuries sustained by the different animals which fall under our care, using videos and educational material on our social media pages, in schools and within the community.

If anyone encounters an animal in distress kindly call on 99999505. 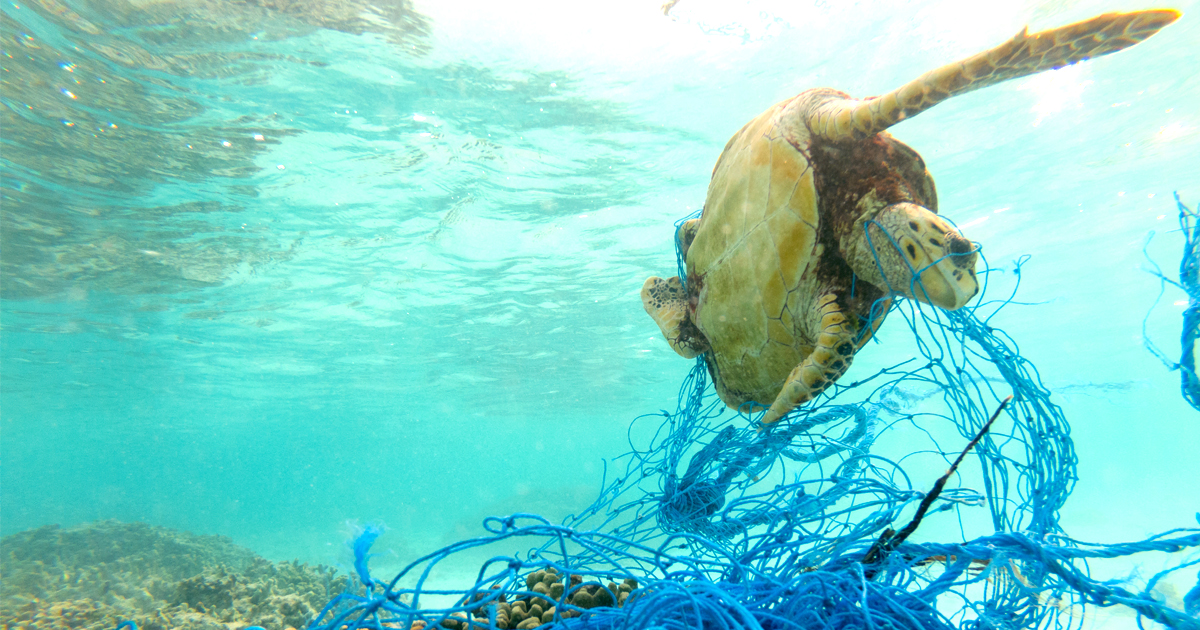 Do you think the Maltese population is conscious of the current state of our sea?

I think the Maltese population is aware of the plastic pollution that is haunting our sea, however possibly not to the full extent. Over the past few years, we’ve seen an increase in awareness on limiting single-use plastic and opting for sustainable choices in everyday life. Participants in beach clean-ups has also increased, however there is still a lot to make people aware of. The younger generations are definitely more aware than some of the older generations, due to the increased education campaigns in schools. However, social media has definitely facilitated spreading the message to larger crowds making it easier for people to learn faster and make change more rapidly.

Besides pollution caused by plastic, what are the other major threats to marine life?

Coastal development, coastal erosion, resource depletion and temperature extremes due to climate change are some of the threats that different species face. Therefore we must protect the habitats in which marine species occur, the resources they require and make sustainable choices in our everyday lives, to also help reduce our contribution towards climate change issue.

How does ocean plastic affect land animals, including us humans?

90% of ocean plastic comes from land based sources, with the remainder being confined to land, thus directly causing harm to land wildlife. Plastic material is often cause for entrapment of several terrestrial wildlife and just like marine species terrestrial animals often ingest plastic causing severe and sometimes fatal infections.   Entanglement in plastic and other litter is also a common issue pertaining to terrestrial animals and birds. This causes fatalities as it becomes very difficult for animals to run or fly, escape predators and also retreat to burrows in some cases.  Microplastics can easily be ingested by animals such as cows, pigs, chickens and as we’ve seen fish, amongst other animals, which are all sources of protein for humans. Through the phenomena known as biomagnification and bioaccumulation, these become more of a problem as the organisms in the food chain get larger. In a recent study (Ragusa et al., 2020) identified microplastics in the placenta of unborn babies. This study highlights the urgency of tackling this issue and how we are now very directly at the receiving end of this problem that we ourselves have created.

What would be your top tips on how people can protect our ocean and prevent endangering marine species?

Firstly, opt to REDUCE and REUSE as much as possible before RECYCLING. We need to become more aware of the packaging of products we purchase and make use of, and opt for ones which do not make use of unnecessary packaging. Avoid using single-use plastic (and single-use items) and opt for reusable ones. People should also strive to educate others on the issue and encourage others to also make sustainable choices in their everyday lives.

If you are interested in learning more about how ocean plastic pollution affects the planet, watch our session dedicated to ‘Ocean Plastic Pollution’ organised during the Malta Sustainability Forum, where Martina Cutajar participated as a part of a discussion reflecting on ocean plastic.