The challenges of pension adequacy and sustainability

Over the past 70 years the life expectancy of Maltese and Gozitans has increased in a steady fashion, reaching the early 80s of today.

The quality of life has improved, and people are generally healthier and in a better condition than their grandparents at the same age.

From an economic point of view, this has changed the fundamental dynamics of pensions and the retirement age.

A common occurrence before budget day is people coming up to me and highlighting the importance of incentivising people nearing retiring age to continue working. 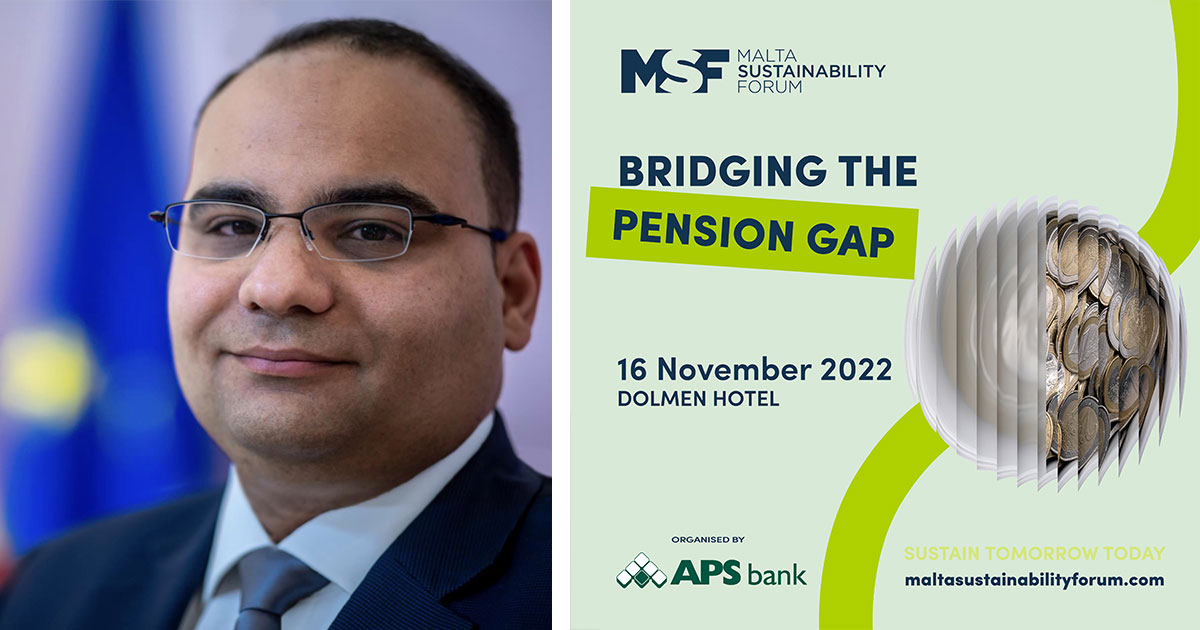 They feel that despite reaching their retiring age, they can still contribute - and that is something which we, as a Government, have continued doing through less taxation on income and providing financial incentives in favour of active ageing.

These measures, together with the Making Work Pay policies which have increased the labour force participation rate and reduced the unemployment rate, have been amongst the key contributors towards sustainability in pensions. Besides fiscal sustainability, the Government is also committed towards improving the adequacy of pension income not only through annual pension increases but also by ensuring that pensions are exempt from tax.

The adequacy element is also being safeguarded through the provision of a bonus for those who reach pension age but who do not qualify for a pension due to gaps in the contributions paid. Indeed, in this Budget, another increase in the annual bonus was announced.

Credited contributions for periods spent out of employment due to child rearing, mental health issues, unemployment or human capital development are also being provided. The aim is to continue mitigating any gaps in the contributory periods of individuals.

In addition, the Government has committed itself to promote the importance of diversification of retirement incomes and reducing the dependence on state pension. A ‘Third Pillar Pension Scheme” was launched by the Government in 2014 whereby Maltese residents are encouraged to supplement their pension savings by investing in private products offered by local banks, life insurance companies and other financial institutions.

As of currently, an individual who makes contributions into a personal retirement scheme benefits from an annual tax credit of maximum €750 over the amount invested.

In 2017, the Government also implemented a measure intended to incentivise the take-up of voluntary occupational pensions. The Voluntary Occupational Pension Scheme Rules provide tax credits to both employees and employers (including self-occupied persons).

Under this scheme, employers who make contributions to a qualifying scheme for the benefit of their employees benefit from a maximum tax credit of €750 per employee.

Similarly, employees who choose to voluntary supplement the employer’s contributions through their own contributions as well benefit from up to a €750 in tax credits.

The need of a good policy in this area is not limited to Malta, as other countries struggle with imbalances much heftier than ours. The Government will continue the push towards a lighter tax weight on working pensioners over the next four years. The fiscal challenges and the macro-economic conditions are challenging, but our resolve to continue these policies has been resilient and our pledge to continue doing so, in a fiscally responsible manner, is as true as ever.

Hon Clyde Caruana delivered a keynote speech at the conference, ‘Bridging the Pension Gap’. The third event for MSF 2022 on the theme, Sustain Tomorrow Today, held on Wednesday 16 November at the Dolmen Hotel. It focused on pension sustainability and what steps can be taken to enjoy a good standard of living during retirement. The key findings from the first Pensions Engagement Survey commissioned by APS Bank plc were presented and examined in a panel discussion with various local social partners. Local and foreign experts shared insights on successfully implemented pension frameworks, which have bridged the pension gap abroad and that could be viable for Malta.