A conference organised by the Malta Sustainability Forum highlighted the need for another reform of the pension system – to ensure that people have an adequate income for their retirement.

The conference was the third event organised by the forum, which was set up by APS Bank to highlight its commitment to sustainability.

The ‘Bridging the Pension Gap’ conference, held at the Dolmen Hotel, focused on pension sustainability and adequacy, which were tackled through a broad spectrum of speakers, including Finance Minister Clyde Caruana, social partners from both the employers and employees side, and other local experts. A UK speaker explained the British framework which had worked in other countries and which could be viable for Malta. The framework was based on automatic enrolment of employees into a pension scheme, who would be given the possibility to opt out should they so desire.

The Pensions Working Group, chaired by David Spiteri Gingell, was set up in June 2004, setting in motion a reform which raised the retirement age and introduced private pensions, among other things. However, by 2021 only 13,672 had taken up private personal pension schemes, and only 1,685 were enrolled in a voluntary occupational pension. 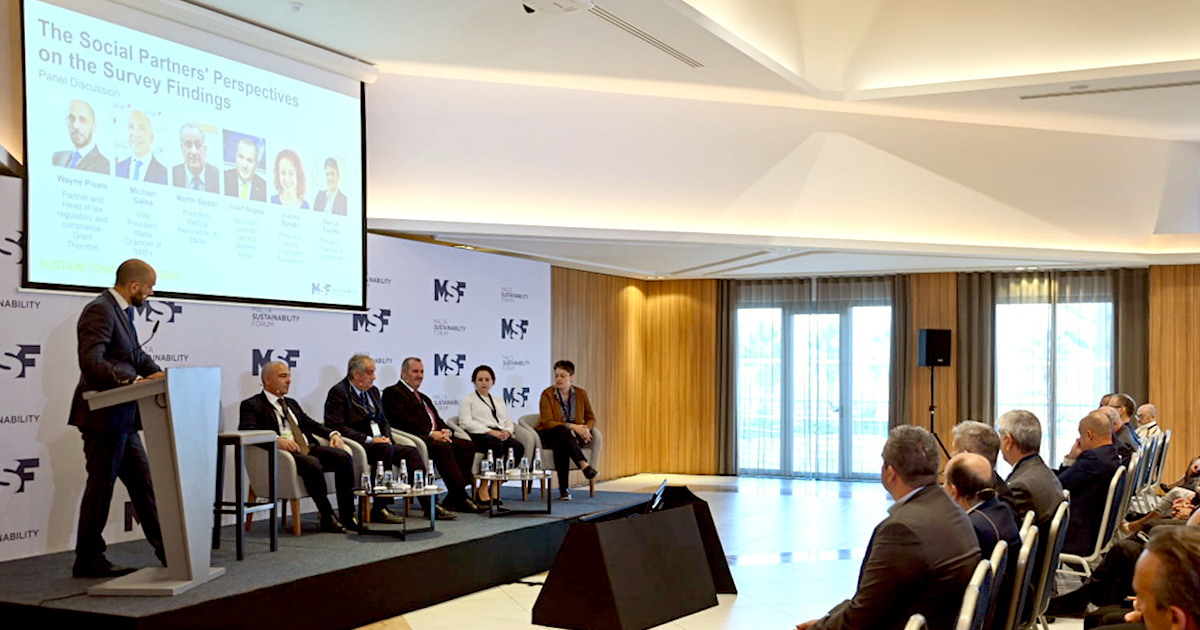 To guide the discussion, APS commissioned a Pensions Engagement Survey, which they intend to establish as an annual healthcheck on a number of key metrics. The survey found that there was little knowledge about voluntary occupational retirement pension schemes and a possible unwillingness to act on the part of employers.

Only 3% of employees said that they were enrolled in an occupational pension scheme, around 10% below the potential target threshold.

Around 65% of the companies surveyed said they thought that contributing to an occupational pension would help with recruitment and retention of staff – but only 3% actually offered such schemes. Just over half of the companies surveyed that don’t currently support occupational pensions said they would be interested in setting one up – though not necessarily contributing financially themselves to the scheme.